To MFA, or Not To MFA

Since there is only a few months left in my academic career before I have my MFA degree in hand, I thought I would ponder its significance.

Do I think it was worth it?
Definitely. I wouldn't be the writer I am today if it weren't for the people I have worked with. I certainly wouldn't have the confidence I have now. When I started I had no idea what I was doing. I had always enjoyed writing and an MFA seemed like a better alternative to law school. Now, I actually feel like a real writer. Some people have the inflated ego to describe themselves as a writer from the starting point; for me it has taken awhile.

Is it beneficial to genre writers?
The first thing a genre writer needs to understand about MFA programs is that they are going to be treated like shit by about half the people there. The "serious" literary folk tend to be snobs when it comes to popular fiction, but a lot of that comes from ignorance. For a group of people who like to think they are well-read, they are sorely wrong. In my experience the more serious genre writers have read a larger variety of books than most lit fic people. My opinion is that a writer needs to read everything: lit fic, mystery, sci-fi, chick lit, horror. Have I met genre writers who will not read lit fic? Of course I have. They only hurt themselves in much the same way as the lit fic writer who refuses to walk down the mystery section of the bookstore.
That being said, I return to the original question. In my opinion, an MFA education can be very beneficial for the genre writer. The point of studying writing, no matter what you write about, is to further develop your skills. There are universal aspects to all storytelling. But the genre writer, he/she need to bare the discrimination from time to time to accomplish their goals.

Are all MFA students and graduates good writers?
Shit no. They're are plenty of piss poor MFA writers out there.

Why don't you mention which MFA program you're in?
It's very difficult for me to omit the program's name from this site, but I feel the person who runs the place is a bad administrator. She will diminish and finally destroy the aspects of the program that I love over the next five years. On the plus side, it will become a hell of place to learn poetry.
Now, the people I have worked with in the program do deserve mentioning; and that's the reason their names appear on the side. I highly recommend studying with them. Those people are: Dennis Lehane, Roland Merullo, Suzanne Strempek Shea, James Patrick Kelly and David Anthony Durham. Again, all of these instructors have been very important and very influential in my studies. And I have to give a shout out to my homie, Jenny Siler; as well as to all the wonderful friends I've made in the workshops. A small list of their names are listed here as well.
Now, if you are still curious what program I'm in, you can probably figure it out with a little investigative work on the websites of some of the people mentioned above. I can say that I received my bachelor's degree in Political Science from the University of Southern Maine - my MFA degree may have some of the same signatures on it.

What will that piece of paper with Master of Fine Arts on it mean to you?
For the most part having an MFA degree will be a reminder that I worked for a couple of years developing my writing to make it the best I could. It will be a symbol of my starting point of becoming a serious writer; and my passport to teaching adult ed, baby!
Posted by Steve Allan at Friday, April 28, 2006 7 comments:

How cool is this? David Cooperfield fooled a couple armed robbers - using magic! Check out the story here. I'd probably be shot multiple times if I tried that.

Update: You can actually hear the 911 call and the capture here.
Posted by Steve Allan at Wednesday, April 26, 2006 1 comment:

Writing flash fiction is becoming a habit. It must appeal to my lazy side. Anyway, check out my new story Let Me Introduce Myself at the Flashing In The Gutters website. Let me know what you think.
Posted by Steve Allan at Monday, April 24, 2006 3 comments: 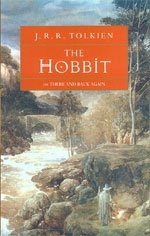 It's funny how certain aspects of books you read when you were younger seem to disappear from memory, while others are still clear in your mind. For some reason I remember the battles in The Hobbit as being a lot more complex. In reality, Tolkein didn't spend much time describing the action. He actually concentrates more on the travelogue details of Bilbo's journey than on the exciting stuff. Oh well, another bedtime story book read. I'd read my son Bukowski, but I think my wife would frown on that. So, onto The Wizard of Oz.
Posted by Steve Allan at Sunday, April 23, 2006 No comments:

Gs Up, Hos Down

It's kinda hard being Snoop D-O-Double-G, but writing is easy. Yes, Snoop Dogg is about to add novelist to his resume. According to Amazon.com, Love Don't Live Here No More, will be released October 17.

From a spokesperson at Atria Books, who is publishing the novel: “Books speak more to a female audience than does his music, so these novels give him an opportunity to show, particularly his female fans, another side.” This about the guy who once said "women ain't nothing but bitches and hos"? Apparently, they're also readers.
Posted by Steve Allan at Thursday, April 20, 2006 2 comments:

After a couple of years of reading nothing but fiction, I've finally branched out to non-fiction by reading Sarah Vowell's Assassination Vacation. What an enjoyable book. I loved her skewered sense of humor. Up next on my non-fiction TBR shelf (which is considerable less crowded than its fiction counterpart): a biography on the artist de Kooning.
Posted by Steve Allan at Thursday, April 20, 2006 No comments:

My flash fiction piece Numb can been read at Flashing In the Gutters website here. Let me know what you think.
Posted by Steve Allan at Thursday, April 13, 2006 No comments:

Now there's a career I'd love to have

There was a recent article on Mickey Spillane in the Charleston Post and Currier that I found via Sarah Weinman's site. What a perfect writing career Spillane had. At the height of his career he had something like four or five of the bestselling books of all-time, he's still a cultural icon and he made beer commercials. I wonder if there are any writers today who could be a spokeman for Miller Lite.
Posted by Steve Allan at Monday, April 10, 2006 No comments: 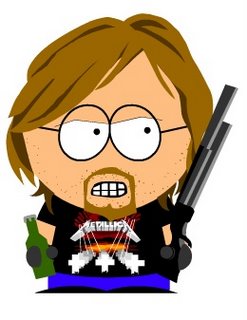 People look at my photo on the right and wonder what I look like in real life. Well, here's another interpretation.
Posted by Steve Allan at Saturday, April 08, 2006 2 comments:

Writing at a Snail's Pace

I'm one of the slowest writers I know. I read where a lot of people are able to tear ass through a draft in a month's time. Not me. I'm too worried about the writing to go so fast. I second guess myself every step of the way. I need to stop this. Is there a cure for writing sloth?
Posted by Steve Allan at Tuesday, April 04, 2006 2 comments: