Best of the Decade: #20: Death to Smoochy 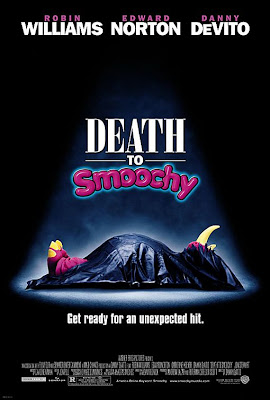 
This has to be one of the most criminally under appreciated movies of the last decade. Roger Ebert actually chose this as the worst movie of 2002, but he was so wrong. Death to Smoochy is a work of dark comic genius. Its comedy is so black that it's practically purple. I loved this movie before I had kids, and after, when I was forced to watch some of the most god awful shit they call kids television shows, I came to appreciate this film even more. There's a bit of parental revenge in watching a movie that runs children television stereotypes through the gutter. Watch out, there are very few sympathetic characters here.

My favorite quote: "Sorry I smell like piss, but you know how it is."

Best of the Decade: #21: Mystic River 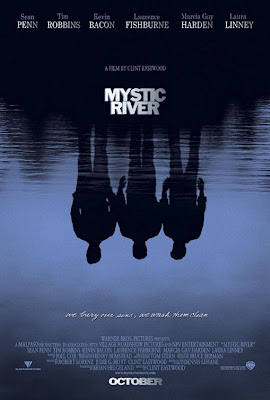 To give you an idea of the impact this film has had, I'll outline a familiar conversation I've had with a lot of people. It goes like this:

"You went to grad school for writing?"
"Yeah."
"Any famous instructors?"
"Dennis Lehane."
"Don't know him. What'd he write?"
"Mystic River."
"The Clint Eastwood movie? That was a great movie."

Or that may be a reflection on how poorly read most people are, even if they say they love to read mysteries. Anyway, Eastwood took a dark novel (not to mention fantastic) and turned it into a moody, Shakespearean tragedy (the Lady Macbeth similarities are intentional) that earned Sean Penn his first Oscar. But as good as Penn is, Tim Robbins is brilliant. Penn had the showier role, but Robbins's portrayal required a lot more skill to pull off successfully.

Another observation of American filmmaking over the past decade: Eastwood with his many critically successful films (Letters from Iwo Jima, Changeling, Million Dollar Baby, etc.) has become arguably the best film director during these ten years, equal only to Scorsese and Van Sant.

Posted by Steve Allan at Tuesday, December 08, 2009 No comments:

Best of the Decade: #22: Changing Lanes 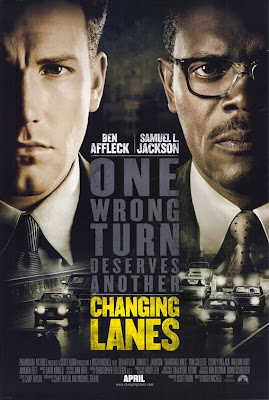 The studio wanted you think this was some revenge thriller in the same vein as Double Jeopardy or some other piece of shit. It's not, it is something much more gripping than a superficial concept. Instead this film is about two men who struggle with what is right and how to treat another human being. Its story seems simple. Ben Affleck and Sam Jackson get into a fender bender and spend the rest of the film getting back at one another. Hell, it sounds like the premise of some wacky comedy instead of a deeply intellectual film about morals and ethics. Neither character is deliberately malicious, though their anger gets the better of them at crucial times. They both feel remorse after the fact, but their conflict escalates. Affleck and Jackson show off their best work here.

Screenwriter Michael Tolkin is no stranger to dark films about the human condition. Though it has its faults, check out his The Rapture, which he also directed.

Best of the Decade: #23: Zoolander 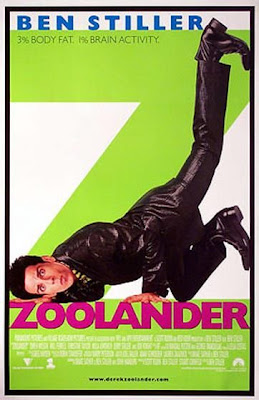 Oh, how many of these types of lists fail to mention the stupid? Sure, you have your Schindler's Lists and Raging Bulls, but what about the movies that make you laugh because they are so ridiculous? To rectify this injustice, I give you Zoolander; a movie so idiotic that it borders on genius.

Best of the Aughts: #24 Road to Perdition 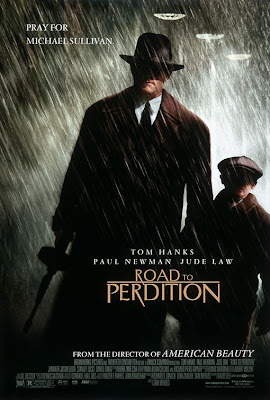 
The role of Michael Sullivan is not your typical Tom Hanks nice guy. He's a mob enforcer working for crime boss Paul Newman; but he's not malicious about it. He's almost a sympathetic mobster (probably the one sort of false note in the whole picture). Sullivan only kills when he's backed into a corner, such as when his boss's son (Daniel Craig) tries to execute Sullivan's entire family - Craig only succeeds in killing the wife and youngest son. In order to protect his oldest son, Sullivan flees from Newman's forces and seeks revenge on the mob family that betrayed him.

This film goes beyond a typical revenge tale. Director Sam Mendes, while proving himself quite capable of handling the actions scenes throughout, focuses more on the mood of the Depression Era Midwest and how those surroundings (and the circumstances that each character finds him or herself in) affects each role. This is a showcase of excellent acting from not only Hanks, but from Newman, Craig (in a role that offered a bit of a glimpse into his ability to take on a whole new Bond a few years later) and Jude Law.

A special mention should go to legendary cinematographer Conrad L. Hall, who pulled off a gorgeous looking film. Sadly, it was his last film. He was awarded an Oscar posthumously for his work.

Best of the Aughts: #25 Wonder Boys 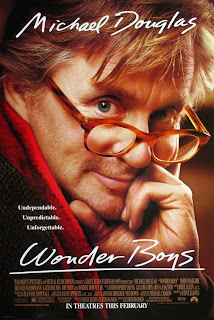 Michael Douglas plays Grady Tripp, a writing professor who suffers under the shadow of early success and fame from his first novel. In the years since he was the wonder boy of the literary world, he has unwittingly embraced his failure to live up to the astronomical expectations everyone had (and still has) for him. Rather than finish his second novel, he continues to write it, reaching close to 3,000 single-spaced pages before a pivotal scene in the film where it all blows away into the Ohio River - an image more frightening than a 1000 horror films to any writer. His current wife leaves him, his mistress (also his boss's wife) tells him she's pregnant, his editor (Robert Downey, Jr.) comes to snoop on his progress on the book and a slightly strange wunderkind student (Tobey McGuire) causes him an incredible amount of grief.

To label Douglas a boy is a bit of a stretch, even if you consider that his first book was published 7 years prior to the beginning of the movie; it would put him just north of middle age when success hit. The character in the book by Michael Chabon was much younger. But once you get over that obstacle (at least Frances McDormand, who plays his mistress, is more age appropriate than most movie girlfriends); the movie unfolds into a fascinating character study that hinges on Douglas being at his best, which he is.

Also, where else will you get to see Spider-Man and Iron Man hook up?