Let Me Introduce Myself

First off, I can't see the title of this flash and not think of the Digitial Underground - The Humpty Dance gets stuck in my head, and it will be there for the rest of the day. 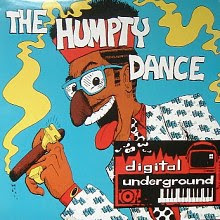 "So just let me introduce myself
My name is Humpty, pronounced with a Umpty.
Yo ladies, oh how I like to hump thee.
And all the rappers in the top ten--please allow me to bump thee."

But anyway, as I re-live high school afternoons watching Ed Lover and Doctor Dre on Yo! MTV Raps (Great! Now I have the Ed Lover dance in my head), I'm going to post my second Flashing in the Gutters piece. This flash was another experiment in narration. I was trying to establish a tense situation through just dialog - but from only one side of the conversation, as if the reader were the victim. It was my hope that readers would get a sense of what the other characters were saying simply by how the narrator responds to them.

Now, this is sort of based on a true incident - I hate to admit that the maid's uniform didn't come from my sick mind because it really makes the story - but don't worry, no major crime was committed in real life, just a really really creepy occurence.

Again, let me know what you think.

LET ME INTRODUCE MYSELF

Hi there. I know you don't know me, but I was walking past your home earlier and I happen to notice you and your husband having dinner. What a lovely outfit you have on, is it Talbot's? They have such nice stuff, don't they? My mother used to buy clothes there. Anyway, I saw the two of you and you looked so happy and I thought to myself, wouldn't they be nice people to meet. So, I came back to introduce myself.

Me? No, I'm not a salesman. I sold vitamins over the phone once, but that was a while ago. I'm new to this neighborhood and just looking for some new friends, a couple in fact.

Where’s my house? It's an apartment really, just down the street by the Asian market. Every once and awhile you can smell Pad Thai cooking. I had some tonight as a matter of fact. It was spicy and I've been incredibly thirsty ever since.

Oh, that's very nice of you. I'll have some iced tea, if you have it.

What a nice kitchen you have. I like the green tile.

It was on the mailbox out front. So, Michael must be your husband? That must be him I hear in the shower. What a lovely apron. Hey, it's good and solid. Made of quality material. I'm sure I could tie someone up pretty good with this.

What's that? I told you, I was just passing by looking for some friends. Michael and Jane, they seem like good friend names.

Me leave so soon? I don't think so.

Police? Now, Jane, friends don't call the police on other friends. Put the phone down. Put it down. I said put the fucking phone down. That's better. Sit down on the chair, please. Sit. Put your hands in front of you and I'll tie you up with the apron.

You have a vicious dog, huh? I've seen it. Big German Shepard with a tag that says Wolvie on it. Don't worry, I don't think Wolvie is going to bother us. Let's just say he's doing a good job of playing dead in the backyard.

Please don't scream in my ear like that. Besides, your husband can't hear you. Haven't you wondered why he's taken so long in that shower?

No, he's not dead. Just tied to the bed, naked. I don't have as much hair on my chest as Michael, but I hope you'll like it anyway. OK, hands are tied. Now, you stand up and walk upstairs to the bedroom and I'll grab this Henckels Santuko knife. Aren't these the best knives you've ever used? You never know when you want to cut something.

Go ahead and walk to the bedroom. I have to say when I first saw this color pattern in here, my first reaction was blech; I wanted to stick my finger down my throat, but the more I look at it, the more I like it. Hi, Michael. Don't cry, Jane. He isn't hurt. Well, other than that bump on the back of his head. But it's not bleeding as much as it was. Now, Michael, I'm going to handcuff you to Jane. And remember, if you try to fight, I'll slit her throat. Take this knife and start right here at the jugular and work my way around her neck, like I was taking her entire head off. Let me tell you, if you've never seen that, it is quite messy. Now, Jane, we have to get your clothes off you. I'll just tear them off. OK, you two, go and lay down on the bed, asses up. Now, my turn to strip - well, at least down to the maid's uniform. Do you know how hard it is to find a maid's uniform that will fit someone as tall as I am? I had to special order it.

- Originally published by Flashing in the Gutters, April, 2006.