Since my DSL was on the fritz this weekend, the Sunday Interview is again appearing on Monday. No worries, the interview is just as good no matter when it is posted.

Today's guest in redneck noir novelist J.D. Rhoades. Dusty, as most everyone calls him, has published two kick ass novels about bail bondsman Jack Keller (THE DEVIL'S RIGHT HAND, GOOD DAY IN HELL). St. Martin's Minotaur will release the third book in the series (SAFE AND SOUND) in July. 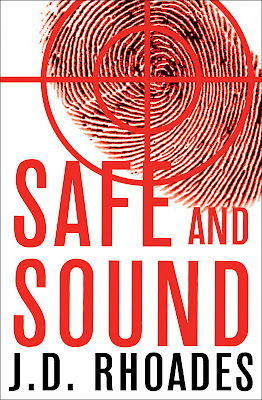 Dusty also writes a regular column for the Southern Pines, North Carolina PILOT. Oh, and he's a lawyer, but since he's such a nice guy we won't hold that against him.

NoirWriter: Where did you nickname come from?

Actually, I have no idea. My parents have been calling me Dusty as far back as I can remember. There was a player on the 1954 New York Giants named Dusty Rhodes who apparently pretty much won the '54 World Series for them single-handed. But my Dad's never been a Giants fan, so who knows? 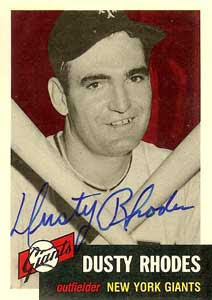 After my first novel was purchased by St. Martin's/ Minotaur, we had a conversation about whether or not "Dusty Rhoades" sounded more like a humorous mystery writer. We eventually settled on the initials of my
"birth certificate" name. The only person who calls me J.D. on a regular basis is my friend Gray, who started doing it as a joke when we were teenagers.


NoirWriter: What was the first book you read that made you want to be a writer?

Rhoades: That's a tough one. Probably some early Robert Heinlein or one of Harlan Ellison's short story collections back when I was but a yoot. The one that got me back writing again in my thirties, though, was Molly Ivins' collection MOLLY IVINS CAN'T SAY THAT, CAN SHE? I started writing newspaper columns soon after that. A few years later, I started reading the work of North Carolina's own Katy Munger, who wrote a series set in Durham. That really inspired me, because it showed me that where I was could be an interesting setting. 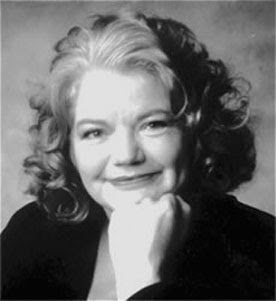 NoirWriter: What is your definition of redneck noir? How does it compare with other noir stories?

Rhoades: Redneck noir is basically dark crime fiction set in the South. It started out as more of an attitude I wanted to hold in my head as I wrote. I was listening to a lot of Steve Earle, who remains one of my favorite artists. Songs of his, like "The Devil's Right Hand" and "Copperhead Road" tell stories about southern boys on the edge, both of society and of their sanity. I used to call them "songs about psychotic hillbillies." But at the same time, there's a lot of compassion in those stories. 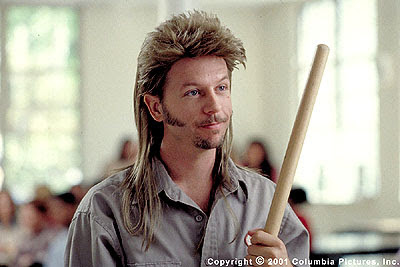 NoirWriter: Do you find that your work as a lawyer influences your writing?

Rhoades: To some extent. It's brought me into contact with the sort of gritty, desperate lives that a lot of people live in this country. In the more lurid cases, you run into people who've just sort of snapped, who've decided they've had enough and they're going to burn the whole world down with them in it. I'm fascinated by the actions of people who've just stopped giving a fuck.


NoirWriter: Like yourself, there have been a large number of genre fiction writers who use the environments and institutions of their real life for their stories, such as Richard Clarke and John Grisham. Do you think this allows one to play god and manipulate their surroundings as they wish they would be?

Rhoades: I try to portray the surroundings as they are rather than manipulate them. I'm not so much trying to change or gain control as to understand and report back from the dark places.

Characters, now...I do create some characters as people I wish I was more like. Scott McCaskill, Keller's long-suffering attorney, for example, is the lawyer I wish I was. He's a lot better dressed, for one thing.


NoirWriter: In the third book of your Keller series you drop the whole devil/hell theme with the title. Why? Did it seem too gimmicky?

Rhoades: That was part of it, yes. The actual idea I had, though, was that all of the books' titles would be taken from song titles. SAFE AND SOUND actually started off as the second book in the series, so it was titled before GOOD DAY IN HELL. When the time came to finish S & S, I toyed with the idea of another "Devil' song, but decided to leave it as is.

The fourth Keller book, however, has a working title of DEVILS AND DUST. Assuming it gets bought.


NoirWriter: Your next book is a stand-alone. Did you find it liberating in any way?

Rhoades: In some ways, yes. In others, not so much. There's been a fair amount of hard work involved in making this new protagonist not-Keller. I kept finding myself drifting back into his mannerisms, speech, etc. But I think I've succeeded in making Tony Wolf a different guy. He's a lot more careful and paranoid than Keller, but he has excellent reasons to be.


NoirWriter: Do you know if there will be only be a certain number of Keller books? Do you ever feel forced to come up with a story for the series?

Rhoades: I don't know how many Keller books there'll be. I know he has a few more stories left in him. The problem is, I try in my books to realistically portray the effects of violence on, not only its victims, but its perpetrators, even the perpetrators of "justifiable" violence. One of my dissatisfactions with many series is that, in real life, if the same character had been nearly killed, had to use deadly force to save himself or others, had been beaten, shot at, almost blown up, etc etc, and this had happened over and over and over again, he'd be a raving lunatic. Or worse, he'd develop such an emotional callus on his soul he'd be a monster. So there's a limit, I think, to how much Jack can take and not become a total basket case. He comes very, very close to that state in SAFE AND SOUND.


NoirWriter: How do you develop your characters? Do they evolve as you write, or are their personalities and histories figured out before you start to write? And if you do outline your characters, do you use Dungeons & Dragons character sheets and multisided dice?

Rhoades: Like most things in my books, they evolve as I go. Keller started as a guy in a strip club, questioning one of the dancers about someone he was looking for. After that, I started thinking, why is he there? Who's he after? Why? Then, at some point, I have to decide "what is the character's vulnerability (or as I call it, his Kryptonite)?" After that, things sort of develop naturally.


NoirWriter: If Hollywood wanted to turn one of your books into a movie, who would you want to make it? (Actors, director, grip, etc.)

Rhoades: I'd love for Quentin Tarantino to direct. As for stars, my wife and I disagree on Keller. She wants Matthew McConaghey, I'm leaning more towards Viggo Mortenson. Lotsa luck, right? 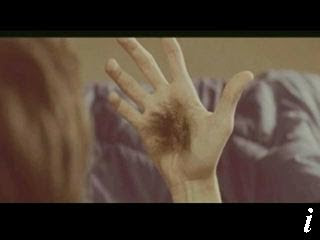 NoirWriter: I think one can figure out your politics from reading your columns. Are you afraid the Treasury Department will come after you like they are with Michael Moore? And how long do you think it will be before Bush calls Moore an enemy combatant and throws him into Quantanamo?

Rhoades: Fortunately, that tide seems to be turning. People are beginning to realize that, hey, the sloppy fat guy might have been right all along. And Michael Moore, too. Hopefully, I'll stay out long enough to see this Administration gone, one way or another. 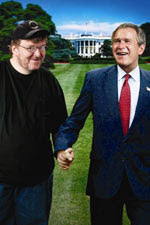 NoirWriter: Since Britney Spears is mentioned in the first sentence of your first book, do you feel a special bond with her? Did you want to shave your head when she did hers? 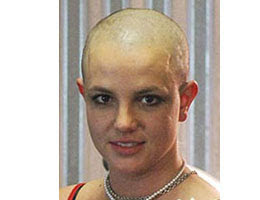 Rhoades: Britney's one who crossed right over into "I just don't give a fuck" territory. She's been a trainwreck for the past few years, and I'm probably going to Hell for finding it so entertaining.

Actually, though, that opening scene was written as sort of an homage to (aka blatant thievery from) Quentin Tarantino. He does an interview on the 10th anniversary DVD of Reservoir Dogs where he talks about the fact that criminals aren't always talking about crime. Most of the time, they're talking about stupid trivial guy stuff: pop music, TV, movies, etc. I tried to come up with the most amusingly stupid conversation I could. It seems to have worked.


I want to thank Dusty for taking the time to answer my questions. If you haven't read any of his books, do so. You won't be disappointed.

Next week we have go-go girl of the Apocalypse Victor Gischler. Until then, have a great week.
Posted by Steve Allan at Monday, May 14, 2007

Madeleine McCann,4 years old,disappeared from The Ocean Club resort, Praia da Luz, Lagos, Portugal, in the evening of May 3, 2007. Police says that she was kidnapped by an english man.
There are several rewards, google it.
Go to my blog and copy my last post in to your blog (the post is in english and in portuguese).
You can also see about it on youtube.

Thanks, Maria. Can we get back to talking about me, now?