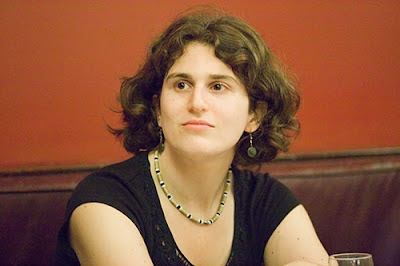 Today's guest is Sarah Weinman, creator and sole contributor of the preeminent crime fiction blog, Confessions of an Idiosyncratic Mind. She is also a writer, fiction editor, reviewer and co-editor of Galleycat, a publishing industry blog from Mediabistro.com. Sarah's stories have appeared in many publications, including Ellery Queen, Alfred Hitchcock, Damn Near Dead and Dublin Noir. Actually, I really don't need to go too much into her biography because you should already know her. If you don't, what's the matter with you?

I first stumbled onto Sarah's Confessions blog when I was searching for stories related to the near death of the MFA program I was in. Half the faculty resigned in protest over the mysterious ousting of the program's director. A Google search brought me to a little post that mentioned the story because one of the faculty members was Dennis Lehane (my first graduate workshop leader). After reading the short paragraph, I stuck around and read other things this person had posted. I thought it was pretty interesting stuff. I went back the next day. And the day after that. And the day after that. Like many people interested in crime fiction, I now check Sarah's blog at least once a day. I've come to rely on her for information and also for recommendations for books.

So, without any more rambling from me, let's get to the interview:


Noir Writer:What was the first book that really knocked you out?

Weinman:There were many - the complete works of Lucy Maud Montgomery, the All-of-a-Kind Family books, but I'll go with a more obscure volume: MOI, PAULINE (translated as A TIME TO CHOOSE) by Janine Boissard. It was the third in a series of bestselling books about the Moreau family that eventually became a hit TV show in France. I was maybe 12 when I read it, and I wanted to be Pauline - 19, disaffected, trying to make a name for herself as a writer and ending up with a man who seemed unsuitable on the surface but was, in fact, her perfect match. Hmm. Maybe that's exactly what happened, come to think of it. 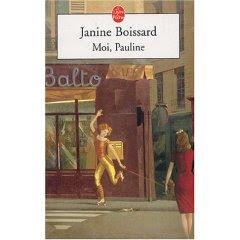 Noir Writer: There seems to be a never ending struggle between literary fiction and genre fiction, the popular topic has sprouted up again in the last couple of weeks after an editor dismissed novelist Stephen Hunter's work as less deserving than other fiction. Do youthink this argument will ever end? And if so, how long do you think it would take?

Weinman: If the argument ends, what on earth will we talk about? Taking my tongue out of my cheek, I think as long as popular fiction remains popular and literary fiction is the domain of a few thousand, such debates will rage on. But I'd rather see the similarities, find ways to be critically thoughtful of genre fiction because by doing so, we're all better off.

Noir Writer: On that same topic, genre films from Hollywood didn't receive much critical acclaim until French critics, especially those writing for Cahiers du Cinema, started to praise filmmakers like Howard Hawks and Alfred Hitchcock. Truffaut even published his influencial Le Cinéma selon Alfred Hitchcock (also known as Hitchcock/Truffaut), which demonstrated not only his love for Hitchcock's work, but offered a detailed look at the artistic merits of the director's films. Do you believe that it will take a movement like the French New Wave for crime fiction to receive similar recognition?

Weinman: Well, crime fiction is very popular in France, especially noir fiction, so unless I'm misreading your question (and I probably am) that's already happened. As for America, I think recognition will follow sales patterns, eventually. Patrick Anderson's THE TRIUMPH OF THE THRILLER was a good first step, but there are many more to be made, though I think those will happen someday.


Noir Writer: Sorry, I meant to add to my question the fact that Truffaut's acclaim for genre films was adopted by influential American critics like Andrew Sarris, hence a wider respect for these movies in the U.S. As you said, noir is very popular in France, but are there influential American critics out there, like Sarris, who'd adopt the French attitude and create a greater respect for crime fiction?

Weinman: Ahhh okay, I see what you mean now. Well, that would be fantastic, but in order for that to happen crime fiction criticism has to move beyond the mystery genre into more erudite more intellectual places that arguably have a wider reach (like the New Yorker) and for that to happen, it's all about the approach. I guess if we think of crime fiction in more literary terms and explain it thusly, then respect may eventually (emphasis on eventually) follow.

Noir Writer: In an essay titled Convergence of Terms posted on your blog in October you stated that the mystery world was drawing genre lines in the wrong place (cozy v. noir) when it should adopt the romance genre's classification of books: category versus single title; allowing a better understanding of the mystery publishing business. Your thesis received quite a bit of feedback, even leading one commenter to say that it was "the single most interesting piece on the business of mystery fiction that [he'd] read in twenty years." Some other commenters expressed their worries that such classification would lead to exposing publishers' confidence in a book, or signaling degrees of quality to readers; both of which would hurt sales. Why do you believe this is an important idea to adopt? Is it more for insiders than for the general reading population?

Weinman: One of the reasons I wrote that is because I am bloody tired of cozy vs. noir, which I truly believe is missing the point. Cliches abound on either side, as does crap. But some books are more inherently constrained than others, following set patterns (sometimes even outlined by a particular publisher, see Berkley Prime Crime's approach with its topical mysteries) that are easily recognizable. "Single title," on the other hand, has a bigger, more wide-open feel that suggests not only the potential to grow as an author critically, but also commercially. Ultimately it is more of an insider-y, writer-driven approach, but if writers would recognize where they fit and their realistic chances for commercial appeal right away, and everybody communicates this more effectively, then their probability of survival in the marketplace would increase. I do feel the essay's a working draft, not a finished idea. I hope to revisit it in the future and tie it into some other related ideas I've been kicking around lately.

Noir Writer: Which writers, past or present, do you feel should have a bigger following than they do?

Weinman: In the past, Dorothy B. Hughes - all her books should be reissued in handsome editions. Walter Tevis, but that might be more me than a reflection of his current place in the literary world. Don Carpenter. Currently, Eoin McNamee, Jules Hardy, Scarlett Thomas, David Markson, Massimo Carlotto, Jodi Compton, to name a few people whom I don't know and so no one can say I'm shilling for them. 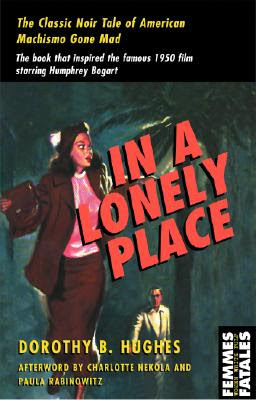 Noir Writer: You have many different hats within the crime fiction realm (critic, professional observer, editor, writer), which is the most satisfying for you?

Weinman: They all kind of bleed into each other, and lately I've even - gasp - been doing a bit of journalism. So the catch-all "writer" works the best in the end...

Noir Writer: One of my favorites of your stories is "A Sack of Potatoes", which appeared in Shred of Evidence in
2005. It's a finely conceived story about a daughter coming to terms with her father's crimes. How did that story come about? What was your strategy in writing it?

Weinman: Because of the way I wrote the story, the impetus is a bit of a spoiler, so be warned. But it grew out of a fascination with the children of serial killers, like Ted Bundy's daughter (born while he was on trial for the crimes he was eventually executed for) or Clifford Olson's son (who benefited from the $10,000 per corpse the Royal Canadian Mounted Police paid Olson, one of Canada's most infamous psychopaths, in order to unearth his victims.) How did they go through life with such a stigma, especially if they were fully aware of their fathers' pasts? Then I had an image of a man telling his daughter a story about a sack of potatoes and it seemed so ominous I had to do something with it. I toyed with the idea of making it a longer story, but at the moment, I'm relatively happy with how it turned out.

Noir Writer: You seem to be one of the most popular and influencial people in the crime fiction world. If
there were a prom at Bouchercon, I'm sure you'd be voted prom queen. What would your acceptence speech be? What would your tiara look like? 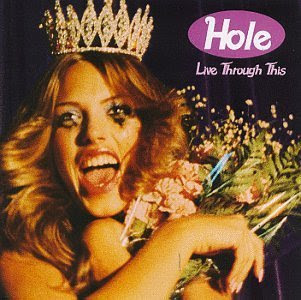 Weinman: I can't help but find that funny considering I spent most of my time growing up as some kind of misfit. But then, didn't nearly every writer? But if I had a tiara, it would be simple, elegant, unobtrusive enough so that people would know it was there but could only detect a hint of its glint.

Noir Writer: You earned an MS in Forensic Science from John Jay College, but have yet to use it in a professional capacity, at least not that you've admitted. Do you go about at night solving crimes like Batman? And if so, what does your costume look like?

Weinman: Oh, I do like the idea of a superheroine called Forensica...if no one else steals it, that idea's mine, all mine. Especially if I give her red hair. And no, so far I've not used my degree professionally (except as great background for writing, I suppose) because I found out well into my thesis research that I really didn't like lab work, and kind of shut a lot of available doors. But my 2 years at John Jay was the greatest education because it forced me to think in an analytical and comprehensive way I'd never done before. 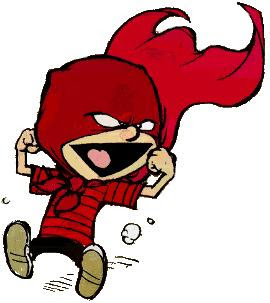 Noir Writer: On Confessions you have a list your Harem of Cabana Boys. I gotta tell you, when they were handing out Harem assignments, you got the shit end of the deal. Rickards looks like he was voted "Most Likely to Kill Us All" in his high school yearbook. Have you seen photos of these guys? My question: Do you foresee yourself hosting a "Cabana Chat with Dixie Wentworth" type show? And if so, which of your Harem boys will be wearing the Speedo? (Please let it be Quertermous)

Weinman: Oh they can *all* wear Speedos and we'll have an American Idol of Cabana Boys. Or Survivor. What do you think works best? 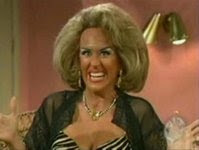 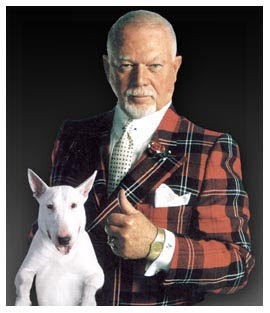 Weinman: "Fuck you, you fucking fuck" as uttered by a little old lady to an A-list baseball player. One of my all-time favorite anecdotes (captured in one of the BASEBALL HALL OF SHAME books, I can't remember which.)


I want to thank Sarah for talking with me, since so few women do. And I hope you enjoyed the interview and discovered some interesting insight into the mind of Weinman - I know I did. Tune in next week for my interview with Laura Lippman, where she actually humors me by answering the most banal questions imaginable. I have no idea why these people answer my e-mails.
Posted by Steve Allan at Sunday, April 01, 2007

Good interview. Where'd you learn all them big words?

Dictionary. Turns out there are a lot of words in that book, hardly any of them are repeats.

I bought one of them at a yard sale a couple years ago, but I use it to hold up one end of the couch. I didn't know it had words and stuff in it.

Nice Blog, i recently come to your blog through Google excellent knowledge keep on posting you guys.